The Catholic Church’s PR Unit: Greg Craven (Or: No, Not THAT Greg Craven!!!!) 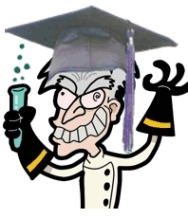 Australian Catholic University Vice-Chancellor, Greg Craven (NOT pictured above!!) has been appointed to the Catholic Church’s PR committee to deal with fall-out from the Royal Commission. He has certainly come a long way from his, reportedly, third class honours degree in law. He has been a vocal advocate of the attitude expressed by Cardinal Pell that the media is out to get the Catholic Church. The ABC’s Jon Faine describes Craven as an “adviser to Pell.”

Like Mark Coleridge (see earlier posting), Mr. Craven was due to appear on the Australian Broadcasting Corporation’s TV panel show, “Q&A” to defend the Catholic Churh but fell sick at the last moment. Perhaps he can have another go at a later time. It would be a pity to waste his renowned cutting wit.

As far back as 1995, the Melbourne Age commented that, “his humor is said to be biting rather than slapstick and often at someone else’s expense.” It was also noted that as Crown Counsel, “the distrust of Mr. Craven in the Victorian legal profession is widespread” (see clubtroppo reference below for the details of the “Craven Controversy”). How unfair! Mr. Craven is a noted anti-atheist after all, and as such might expect to be excused many faults, including his less than outstanding academic record.

Mark Coleridge may have it in for the horrible atheists, but only “Prof. Greg” can really turn the knife on them. The following is a classical example of his withering wit:-

“From time immemorial, this world has been troubled by plagues. From bogong moths in Canberra to frogs in biblical Egypt, unwelcome and unlovely creatures have the awkward habit of turning up in bulk. Just now, we are facing one of our largest and least appealing infestations. Somewhat in advance of summer’s blowflies, we are beset by atheists.”

He continues:- “No, the new hobby atheist is as brash, noisy and confident as a cheap electric kettle. The Catholic Church has two incomparable advantages as an object of the wrath of proselytizing atheists. First, it is the biggie. Taking out the Catholics is the equivalent of nuking the Pentagon. Guerilla bands of Baptists and Pentecostals can be liquidated at leisure.”

And:- “For some reason, contemporary Australian atheism seems to consider itself terribly funny. Its proponents only have to wheel out one of the age-old religious libels to lose control of their bladders. To outsiders, of course, it is a bit like watching a giggling incontinent drunk at a party.”

Then there is probably the best “light bulb” joke of all time!!! “How many atheists does it take to screw in a lightbulb? None – no matter what they do, they just can’t see the light!”

Then, on criticising the Catholic Church:- “It seems to be accepted as just another modern blood sport, like the vilification of refugees and the elimination of the private life of the families of public figures.”  Well done, Mr. Craven, what an apt analogy!! Go to the top of the class!

If that didn’t convince you of the depth of the wit of “Prof. Greg”, these further examples are guaranteed to convince you (unless you are a damned atheist, of course!):-

“State politicians have average IQs lower than wombats.” No, they wouldn’t even get third class honours, would they?!!!

“Allowing the Commonwealth to appoint High Court judges has the same effect as allowing a football team to appoint grand final umpires.” Too right, Mate!

Not enough? Well hold your sides (lest they split) with this one on the opinions of the Canberra Press Gallery…“This is the intellectually transmitted disease that spreads among the gallery faster than koala clamydia once Michelle, Paul and Laurie have formed a collective opinion on any issue.”

Or how about his attack on an article by the leading Australian religion journalist, Mr. Barney Schwartz, referring to a mass by alternative Catholics:- “A week ago, I noticed a piece in The Age about a bogus Catholic mass, celebrated by a disused Catholic priest. This liturgical equivalent to a meeting of the Maoist-Leninist Revival Society apparently attracts “up to 40” (i.e., maybe 30) assorted dissidents, disappointees and disillusionists.” That’s telling them, Mr. Craven! Have a jelly-bean!!!!!!!!!!!!!

The Age itself is soundly put in its place by the following;- “Anything faintly suggesting the imminent collapse of Pope Benedict XVI’s evil empire is serious news at The Age.”

Still not enough? Try this cringe-inducing blast at politicians:- “You are as likely to get a moral lesson from a politician as a professor of ethics being appointed party toe-cutter.”

“Prof. Greg” has so many witticisms it would be possible to fill up a desk-calendar. The author’s favourite, for obscure reasons (apparently being obscure is a virtue, just like using lots of exclamation marks!!!, Mr. Craven’s wit would suggest) is:-

No doubt, “Prof. Greg” will have the other members of the Catholic Church’s PR unit rolling in the aisles with his observations on the deficiencies of the atheistic victims’ support activists. Pity they won’t be reported.

[Postscript: Is this a new trend? Father Robert Couture, the former priest at St. Anne Parish in Tecumseh, Canada, has been charged with stealing $180,000 in parish funds. The church has been fully compensated by its insurers.]

1 Response to The Catholic Church’s PR Unit: Greg Craven (Or: No, Not THAT Greg Craven!!!!)