The Eleventh Commandment (Or: Thou Shalt Not Abuse Children) 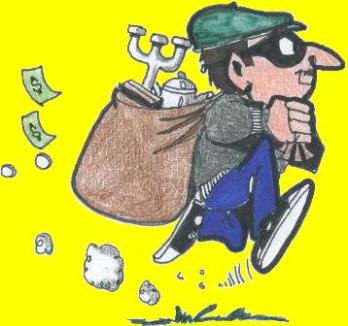 Thieving clergy, as indicated in the postscripts of the past few postings, are harshly punished by churches. No shifting to other parishes where they can reoffend for these people. No being sent to “behavioural management” classes for them. No being excused for a “sin”. No provision of an array of expensive lawyers to defend them in the courts. No hush money for the parishioners they stole from under the cloak of their privileged position. Just reported to the authorities at the earliest opportunity and left to fend for themselves, with no allowance for even a drug, gambling or sex-for-purchase addiction.

Of course, there is a commandment of “thou shalt not steal” which all clergy should know so there is no excuse for their behaviour, according to the churches. It is a bit like stealing from the mob – don’t.

On the other hand, in the absence of a specific commandment, these same churches excuse, protect and support paedophiles in their midst.

There are many, many interesting examples of thieving clergy being reported to police by churches. Just as with child abuse, to be fair to the Catholic Church, thieving clergy exist in other denominations. A list of some to add to previous postings is given below in the “read more here” section.

Sometimes, the church takes a harsher view than even the secular authorities, as in this example of “Sister Susie” as she was known. Sister Marie E. Thornton, a former vice president of finance for Iona College and a nun, was convicted of embezzling more than $1.2-million from the Roman Catholic college, which was spent on gambling at casinos. She was spared three years in federal prison by a compassionate Judge Kimba Wood, after pleading guilty to embezzlement, presumably because of her addiction and her age (she was 65).

Her nuns’ order, the Sisters of St. Joseph, of which she had been a member for 48 years, was not so compassionate. According to reports, Sister Susie has been sentenced to a lifetime of shame, shunned by her sister nuns. As an act of contrition, the nun spends her days and nights in solitary confinement in a small dorm-like room inside a convent. She does not take her meals with the sisters, nor do her superiors allow her to work inside the Mother house doing small clerical jobs or even weeding the garden, according to court records and a source familiar with the case.

She is not allowed to leave the nunnery to visit relatives or friends or be seen in public at all. Her only escapes are trips to her therapist and group counseling. “She can’t even go to the store and get milk,” the source said. “My belief is she will never be allowed to have contact with people again.”

Can anyone imagine a paedophile Brother being treated similarly?

It would truly be an experience to see high church officials quizzed as to why they consider theft to be a serious crime while considering child abuse as more of a sin than a crime. Perhaps “Snow White” or her Chief Assistant could ask some questions along this line. Otherwise, it will be left to an enterprising TV interviewer to eye-ball these officials and ask the hard questions.

[Postscript: Iconic Australian TV entertainer, Rolf Harris, has been arrested for questioning in the U.K. for child sexual abuse as part of the B.B.C. investigation.]