Brother Kearney, the Perfect (Or: Once Upon a Time…) 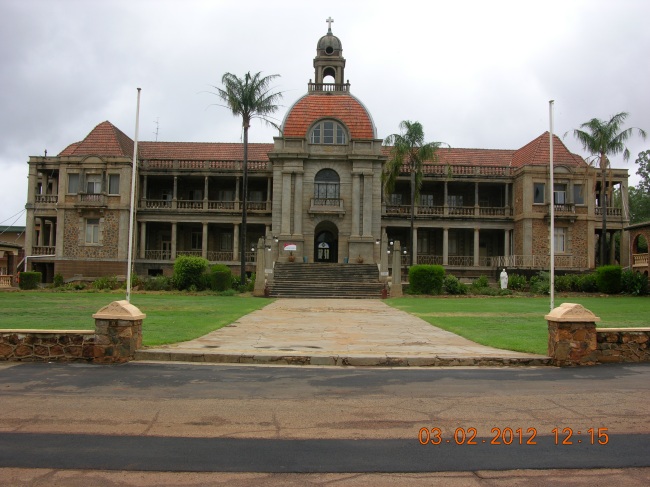 Bindoon Boys’ Town head, Fr. Paul Francis Kearney was a Christian Brother who died in 1954. As previous postings have noted, he was an alleged sadist and paedophile. To his Order, the Catholic Church in general, and many sections of the establishment, he remains a hero. Places continue to be named in his honour, and the OBE and ISO awarded to him still stand.

After fighting it tooth and nail, the Christian Brothers eventually, in the mid-1990s, paid out about $3 million to former victims of Kearney and his staff. The maximum individual payment was $25,000. They also issued the standard meaningless apology. They then set up an apparent victim-support organisation, known as C-BERS. This organisation was headed during its entire time in existence by Maria Harries, who is now a member of the Catholic Church PR unit charged with dealing with the fall-out from the Royal Commission (see previous posting).

Ms. Harries has “acknowledged the commitment and courage shown by the Christian Brothers in setting up C-BERS because it showed they were prepared to recognise and do something about the legacy of the past.” Former Senator and Child Migrant and now Royal Commissioner, Andrew Murray was “full of praise for C-BERS’ role in supporting this group of people” according to the C-BERS newsletter.

In a eulogy to Br. Nick Bilich, who was on the staff at Bindoon during the dark times, it was claimed that “Nick would have attended the funerals of three teenagers buried in the small cemetery south of the main buildings, all tragic events that affected Nick deeply”. This tendency to feel sorry for themselves continues in the document when referring to Kearney’s successor, Br. Sebastian Quilligan. “Sebastian had a fairly difficult period at Bindoon…. The children were mainly migrants and delinquents from the courts and they gave him a difficult time.” So, according to the Christian Brothers revision of history, the poor Brothers were the true victims!

Of Kearney himself, the Christian Brothers paint a truly heroic picture as someone who “lived primitively, on black tea, damper and kangaroo meat, while building and labouring”. Also, “Though abstemious, Keaney was a jovial host and raconteur” apparently. In his first year out as a Brother, Kearney was appointed to St Vincent’s Orphanage, South Melbourne. Amazingly, “here he advocated more enlightened methods of training orphans.” Presumably, this involved the novel approach of targeted abuse.

Perhaps the most awful re-writing of history occurs with the following Brothers’ account of Kearney’s personality. “To Keaney there were no bad boys; his success with the troublesome ones was widely recognized; often they came to him from the courts. He trusted them whatever their record: doors were left unlocked, responsibility was delegated. The peculiarities of a strict, hard-working father endeared him to some. So did his highly picturesque sayings, impatient outbursts and humour.”

At the height of Kearney’s reign, Bindoon received a visit from the Federal Minister for Labour and Immigration, Harold Holt (who later became Prime Minister). For those who think “spin” is a relatively recent development in politics, consider the following press release by Holt’s staff in 1953.

“Mr. Holt praised Bindoon Boys’ Town as a wonderful asset to both Western Australia and the Commonwealth. We cannot have it wither and die, he said. Mr. Holt said that he was impressed with the brightness, good health and happiness of the boys. Mr. Holt added that the happy circumstances and varied training at Bindoon was a wonderful living memorial to Br. Kearney”.

Today, the old Bindoon facility built by the inmates is a prosperous boarding school known as the Catholic Agricultural College Bindoon. The Brothers also run tours of the place. It is worth a lot of money, and has received millions in grants from government. It should be handed over to the surviving ex-residents of Bindoon Boys’ Town who built it, by way of compensation.

TOMORROW: Who is Ian Elliot?

4 Responses to Brother Kearney, the Perfect (Or: Once Upon a Time…)