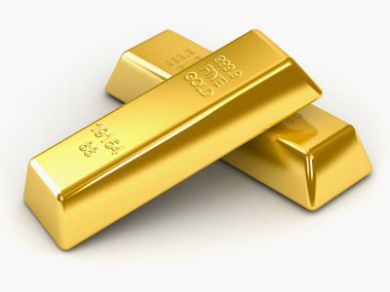 Compensation by the Catholic Church for victims of abuse by their clergy has the potential to involve very large sums. At present, being able to hide behind the statute of limitations, the “Ellis defence” (see previous posting), hush-money, confidentiality agreements and so on, has limited their costs in this area. This is unlike the U.S. situation where, in the absence of many of these constraints, payouts by the Catholic Church have exceeded $3 billion.

In the wake of the Royal Commission, it is likely that some of these constraints will also be removed, or diluted, in Australia. This will become one of the great battlegrounds for the Catholic and other churches as they attempt to protect their enormous wealth.

There are two things we will never achieve – time travel and finding out how much the Catholic Church is worth. One estimate in 2004 by the “Economist” was that the Australian organisation had a turn-over of $15 billion a year, and had a superannuation fund of $4 billion. Net worth was estimated at over $100 billion. The reputed pay-outs of about $30 million pale into insignificance by comparison.

Previous postings’ postscripts have highlighted just how seriously the Churches regard theft by clergy, in relation to the soft line adopted for abusers. This indicates something of the assertion that they are mostly concerning with protecting their collective wealth.

Much of their wealth derives from their tax-free status. If public opinion turns too much against them as a result of revelations by the Royal Commission, this status may become threatened. Recently, an article in The Punch estimated, on the basis of research by Max Wallace and Adele Ferguson, that in Australia this is worth about $21 billion a year for religious organisations, which is subsidized by taxpayers and other businesses.

Some might say that the issue of having to pay taxes like everybody else will never become a problem for the churches. However, the Catholic Church’s alarm bells rang rather loudly recently with developments in the Catholic Church’s heartland, Italy. From this year, the Catholic Church in Italy will be required to pay property taxes there. It is estimated by the Local Government Association of Italy, that this will amount to up to two billion euros a year.

It is the insurance activity of organisations like the Catholic Church which shows they really do know the extent of clerical child sexual abuse. Mr. Rush admitted that he had a list of cleric and others who would not be covered by insurance because it was known that they were offenders. When asked by the Committee if he would provide them with the list, Mr. Rush said he would. The Royal Commission is also moving to subpoena this list.

It is the insurance documentation which is likely to yield a gold-mine of information about what the Churches already knew, but didn’t admit. A Report by an Irish Government enquiry into the Dublin diocese put this in perspective. It noted that the Catholic Church took out insurance coverage for abuse claims as early as 1987. It then reported that “The taking out of insurance was an act proving knowledge of child sexual abuse as a potential major cost to the archdiocese and is inconsistent with the view that archdiocesan officials were still ‘on a learning curve’ at a much later date, or were lacking in appreciation of the phenomenon of clerical child sex abuse.”

Mr. Rush, CEO of CCI, has been in the position since 1999. During some of the preceding time, the Chairman of CCI was Monsignor Penn Jones. In 2004, Melbourne Archbishop, Denis Hart, was forced to apologize to victims of Mr. Jones’ sexual abuse over many years. Mr. Jones was a director of CCI from 19971 to 1992. Presumably, being himself a paedophile, Mr. Jones knew something of the problem associated with insuring the Catholic Church against claims against paedophile priests. Perhaps, the documents will provide some interesting information. Further, Mr. Rush must have been looking the other way a bit not to have noticed what Mr. Jones was, since he told the Herald Sun that he had no knowledge of Mr. Jones’ fondness for child sexual abuse.

As an editorial in the Sydney Morning Herald today states, “The knowledge of the insurer should be front of mind for the NSW commission,” as well as for the Royal Commission.

[Postscript: The carbon footprint of the Australian Catholic Church is up to 1.5 million tonnes annually (compared with the Australian Government’s 1.7 m tonnes). Despite its carbon emissions being “comparable to large national and multi-national corporations”, according to Ms Remond, Executive Director of Catholic Earthcare Australia, it does not pay the $30 million annual carbon tax, apparently.]