More on the NSW Enquiry: (Or: Who’s Telling Fibs?) 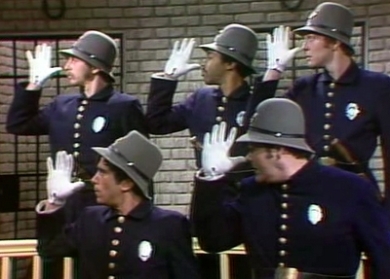 The New South Wales enquiry into clerical child sexual abuse in the Newcastle/Maitland area finished the first phase today. It looked at claims of under-investigation by local police. Seven of the twenty scheduled witnesses did not appear. The second phase, in late June, will cover clerical witnesses, as well as testimony by Newcastle Herald journalist, Joanne McCarthy. It should be the more interesting session.

The first phase has been very predictable and boring. There has been a conga line of local police denying everything Detective Fox has alleged. They have also attempted, with the help of their legal eagles, to paint Detective Fox in a negative light.

A veritable tsunami of denials washed over the courtroom.

Brad Tayler (not pictured above), a former Newcastle crime manager, gave evidence at the public hearings. The court has heard that a witness, who was a victim of child sexual abuse by a Hunter Valley Catholic Priest, had made a complaint about how she was treated by an investigator. Mr Tayler has denied he was trying to intimidate the victim when he called her in regards to the complaint. Mr. Tayler also denied claims there was a conflict of interest in him investigating the victim’s complaint as he was the Strike Force Lantle manager. He further denied trying to “avoid an embarrassing situation” for police.

Finally, he denied he was “reluctant to take the case on”, and then denied he considered it a political “hot potato” despite it involving senior clergy members.

Assistant police commissioner Max Mitchell (not pictured above) was the acting Hunter region commander in 2010 when he told Detective Chief Inspector Fox that allegations in his documents would be investigated by a new police strike force based in Newcastle. Mr. Mitchell denied there were “heated exchanges or annoyance and outbursts by anyone”. Mr Mitchell then denied he had given Detective Fox a formal direction implying disciplinary action if he did not comply. Curiously, he wanted it “put on the record” that he denied he was a Catholic.

NSW Sex Crimes Squad manager Detective Inspector Paul Jacob (also not pictured above) denied there was “one bit of reluctance” when it came to investigating clergy abuse. Newcastle Local Area Command, Justin Quinn (definitely not pictured above), was asked about his recollection of the December 2, 2010 meeting where Inspector Fox was ordered to cut all contact with Ms McCarthy. He denied that the meeting was sinister. “It was a very cordial meeting,” Mr Quinn, who has since left the police force, said (the exact same words used by Mr. Mitchell earlier).

TOMORROW: The confidentiality contract from hell