Summer Holiday (Or: A Little Bit of Australia) 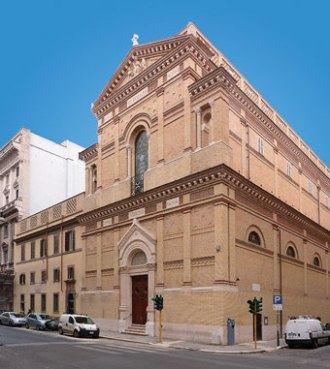 Domus Australia (“Australia House”) is a palatial building in Rome which the Catholic Church purchased and renovated for about $30 million (see photo above). Cardinal “Georgie” Pell stays there six or seven times a year, according to the rector of the on-site chapel, Father Andrew James.

Victorian Parliamentary enquiry into clerical child sexual abuse committee member, Andrea Coote caused a sensation when she suggested the Catholic Church could sell it to raise funds for compensating victims. Father Brendan Arthur sprung to the defence of what he fondly calls an “Australian Oasis” saying that selling the place would be a crime since “for people like that [victims] it’s never going to be enough.” Father Brendan said, “Where do you stop? Sell off St Mary’s Cathedral in Sydney next? Or St Patrick’s in Melbourne?” Probably wouldn’t fetch as much as Domus Australia, though.

Cardinals of the Catholic Church are fondly known (by some) as “Princes of the Church”, so it is fitting that Prince Pell should have his own palace. Like all impoverished nobility, he is forced to rent it out to the hoi-polloi occasionally, for a mere $250 per night per room and $120 per meal. When he stays, if there are other “guests”, poor Prince Pell only occupies two rooms. A current guest, Father Brennan, who is on holidays there from his parish in Dandenong North, in Victoria, likes to slip out for a quiet cigarette in the internal courtyard (see photo below).

Image: The internal court-yard – ideal for a quiet smoke, incense-burning or whatever!

Before retiring for the night, Fr. Brennan then likes to take one of the two glass-encased elevators to the fourth floor to enjoy a quiet, relaxing drink in the in-house bar (see photo below).

Image: Part of the bar – open all night!

Should he feel peckish, there is always the in-house restaurant (see photo below), which is well-stocked with Australian foods like steak, lamingtons, and vegemite when he gets sick of Italian pasta and pizza. 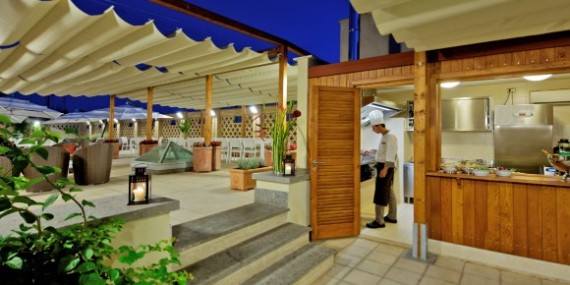 Fr. Brennan must be pleased they have real Vegemite and not that imitation OzzieMite (see photo below) stuff with the blasphemous advertisement where a parishioner dips a communion wafer into it.

Finally, after a hard day’s tour of the Vatican, Fr. Brennan likes to retire to his room, complete with its 4 meter-wide bed (no kidding! See photo below), allowing for plenty of room if a bad conscience makes you do a lot of tossing and turning during the night. Also, it can easily sleep three, if required.

Image: One of Prince Pell’s bedrooms – note the reading matter

Prince Pell generously lets priests like Fr. Brennan use “Chez Pell” (as it is fondly known by some of his flock). He also hosts seminarians from Sydney as a reward for joining the club (see photo below).

On “Casual Fridays” it’s good to have some mates over for drinkies and jollities. Below, we see some, including Melbourne Archbishop, Denis Hart (third from left, next to the Prince) having what Fred Flintstone would call a “gay old time”. 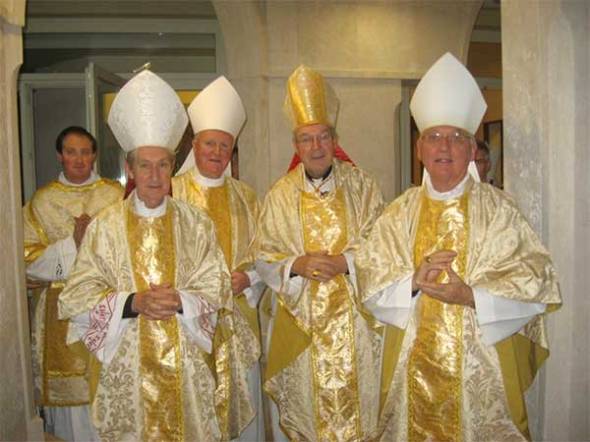 Image: Pell and mates dressed for a night on the town!

Of course, it’s not all beer and skittles at Domus Australia. It is really a bit like a diplomatic centre, where visiting Aussie dignitaries can be entertained, like Dame Edna Everage (possibly pictured below in the Vatican clothes shop) and Sir Les Patterson (pictured very below with a friend, at the bar.) 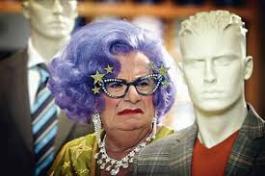 Prince Pell jets off to Rome next week for a hard-earned three-month holiday after a gruelling four-hour appearance at the Victorian enquiry, staying at Domus Australia for two months of what his spokesman describes as “reading”. It must have been hell to front the Victorian enquiry, so it is nice to see he is looking after himself with a refreshing stint during the northern summer in Rome, where he can catch up with some old friends, and possibly make some new ones if he gets out and about a little.

If anyone needs a break from pesky demonstrators (pictured below – not at Domus Australia), intrusive media people and prying eyes, it is His Eminence the Prince.

Image: Protesters outside the Victorian Parliament

1 Response to Summer Holiday (Or: A Little Bit of Australia)