More on Bali (Or: Bad Neighbour) 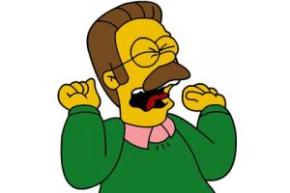 Australian paedophiles traveling to Indonesia, and Bali in particular, was partly covered in yesterday’s posting, along with a case for Australian authorities to take the situation more seriously, at least from the viewpoint of international relations. It is a worthy topic for the Royal Commission.

Something of the local attitude by the Balinese can be seen in the following reader comment in the Bali Times by “marahcewek”: “totally agree with confiscating and preventing overseas travel for these perverted bastards!!! These poor children are so vulnerable and these sickos know it…Australian Government DO SOMETHING NOW!!!!”

It is not only in Indonesia that Western paedophiles are causing a negative attitude by the locals. When hearing a case against a U.K. citizen for abusing local boys, Bombay High Court judge, Justice Radhakrishnan commented to his lawyers, “Tell your clients that we are no more their colony.” In Uganda, commentators have slammed “the ready acceptance of ‘NGOs’ whose credentials go unchecked” for being “a major contributor” to their paedophile problem. Sri Lanka has similarly been critical of our “tourists” who indefinitely extend their visas.

In Cambodia, Action Pour Les Enfants director, Seila Samleang, notes that “The targeting of Cambodian children by Western tourists is no longer as obvious as in previous years. Abusers know too well where to hide and how to secure their abusive behaviour. At a glance, they look like a group of decent people who truly care about the plight of the local children.”

In Bali, local activists have claimed tourist hotels actively help paedophiles access children. This argument appears to be supported by the case of Donald John Storen, the manager of a Bali luxury hotel, who was arrested for abusing local boys himself.

They are also deeply suspicious of government, and non-government aid agencies. Again, their point is reinforced by the sentencing of William Stuart Brown, a former Australian diplomat associated with AusAid in Indonesia, to 13 years for abusing local boys. The Australian government had provided him with “some limited consular assistance.” When sentenced, Brown “trembled with anger, stamped his foot and yelled ‘bastards’ at the many child-sex campaigners, who applauded the decision.” Brown killed himself days later.

When the Northern Territory government established an English-teaching facility in Indonesia, it thought it was helping Australian-Indonesian relations. The problem was that the person appointed to run the school, Carl Francis Walker, was abusing local children in his apartment, for which he was sentenced to 7 years in a Darwin prison. He had often accompanied official government delegations to Indonesia. Local interpreter, Luciana Ferrero, claims that, earlier, UNICEF and the Indonesian government had investigated Walker, but that he was “protected.” She further claims that Australian public officials were also aware of his activities. Authorities deny her claims.

The case which caused the most outrage in the Indonesian press was that of Philip Robert Grandfield, a retired accountant living in Bali. His trial was held up at one stage when he went on a hunger strike. Later, in another attempt to influence the court, he converted to Islam and changed his name to Muhamad Farouk Grandfield. He had been coaching local boys in sports.

Finally, one Australian paedophile, after a lengthy extradition process which upset locals, was prosecuted in Indonesia. He is only known as “PDW.” He was principal of an international high school there, and had molested pupils after promising them he would waive their fees, and give them pocket money, according to Indonesian police Deputy Head of Special Crimes, Tommy Watiliu. He had lived in Indonesia for 17 years before returning to Australia when parents became suspicious of him.

A quarter of registered sex offenders in Australia going overseas travel to Bali, according to data from the Australian Federal Police (AFP). During the first two months of 2012, 195 people on the Australian National Child Offender Register traveled overseas, but the AFP said they were powerless to locate them once the offenders left Australia. Singapore was the second-most popular destination after Bali for those on the list who traveled.

[Postscript: The Queensland State Government’s Carmody Inquiry into child protection has called for winding back of mandatory reporting of child abuse, to lower reporting rates and thereby cut costs.]

TOMORROW: The NSW enquiry pushes on

1 Response to More on Bali (Or: Bad Neighbour)