The Maltese Connection (Or: The Forgotten Children of Malta) 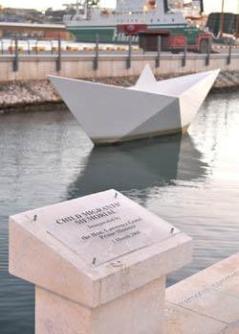 In both cases, children were promised a good life in Catholic Church Children’s Homes in Australia. The reality, of course, was very different, with many suffering all of the known forms of abuse at the hands of their supposed “carers”.

About 50 girls were sent out to Western Australia and were placed in the St. Joseph Girls’ Orphanage, Subiaco and Nazareth House, Geraldton. Nazareth House was run by the Sisters of Nazareth (see previous posting) who were responsible for abuses at other institutions they ran in Australia. It closed in 1977 and is now a residential aged-care facility. St. Joseph’s was founded by the Spanish Benedictine Monks and closed in 1974. It catered for girls from six to sixteen years of age.

While significant information exists about abuses suffered by the boys from Malta, not much is available concerning the girls. It is to be hoped that the Royal Commission will provide more.

The first group of 27 boys, on assisted passage, left Valetta Grand Harbour on March 26, 1950, for Freemantle in Western Australia, aboard the “Ocean Triumph”. A memorial plaque and sculpture (see photo above) have been placed on the site (activists had wanted a list of names included, but this did not happen). The plaque reads:

The Australian Government has also apologized.

In 2011, three former Maltese child migrants began legal action against the Christian Brotherhood for sexual and physical abuses. In Malta, the issue appears to remain contentious, particularly with regard to the role of former Emigration Minister, Dr Cachia Zammit (see Times of Malta link, below)

One former child migrant, Raphael Ellul, returned to Malta to reconnect with his past, but also to close a traumatic chapter in his life when, as a 10 year old child, he endured physical and sexual abuse at the hands of the Christian Brothers in Australia, in their Tardun and Castledare facilities (see yesterday’s posting). “Ray”, as he became known, was born in 1960 in Cospicua.

Dr Patrick Howard, who worked with stress-disordered Vietnam veterans and with children in institutions run by the Christian Brothers, states that the six years at Tardun’s Agriculture Farm left Ray with “chronic depressed mood, low self esteem and a feeling of hopelessness.”

In Tardun, he was forbidden to speak the Maltese language with other Maltese residents and was subjected to beatings whenever he was heard speaking it. During this period he received no specific English language instructions, which inhibited his chances to apply for non-manual jobs later on in his life. Lack of English was a further protection for the Brothers from having victims alert community members to the abuses.

A few of the Maltese child migrants fared better in their new country, particularly those who were later re-united with family who migrated to Australia as part of the large migration scheme from war-torn Europe.

One of these was Professor David Plowman who came out at the age of ten, followed three months later by a brother. Eight years after their arrival, Plowman and his brother sponsored their mother and younger brother, who joined the two brothers in Australia as normal migrants. To the Western Australian government’s frustration, half of the Maltese child migrants were reunited with their families within two years, with most choosing to move interstate.

In 1993, Professor Plowman became Director of the Graduate School of Management at The University of Western Australia. “I have been lucky,” he has said. “Of those who were at Tardun at my time, I’m the only one that I know of with a university education.”

In the 1990s, the Maltese Professional and Business Association set up the Child Migrants of Malta organisation to help the former child migrants, with Professor Plowman as chairman. He has written an extensive account of the Malta child migrant scheme for a Maltese history journal (see reference below). For these activities he was awarded the Queen’s Birthday honour of Medal of the Order of Australia.

Hopefully, the current government of Malta will participate in the deliberations of the Royal Commission when the Maltese connection comes up there.

1 Response to The Maltese Connection (Or: The Forgotten Children of Malta)