The Malone Saga Continues (Or: My Church – Right or Wrong) 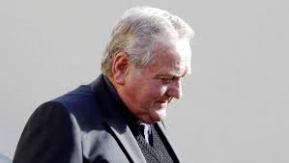 Retired Bishop, Michael Malone (pictured above), has told the NSW enquiry into clerical child sexual abuse in the Newcastle-Maitland diocese that he had been “defensive” of the church. He “wanted to avoid scandal.” He was also “scared stiff” about “the possibility of yet another paedophile priest.” He “thought the church was being attacked,” specifically, by “people who wanted to embarrass it.”

He appeared to acknowledge that these “my church right or wrong” attitudes may have influenced his responses to his priests’ crimes, although he “now regretted it,” but he was fairly unaware of the seriousness of the situation in the early days of his appointment.

The case of Newcastle-Maitland priest, Fr. Fletcher, who died in prison in 2006, highlights the problems in the diocese. When, in 2002, when told a victim had gone to police about Fletcher, Malone immediately went to Fletcher and told him of the complaint, and who had made it. He had told Fletcher the name of the victim, hoping “that by mentioning this…I may have been able to trigger some response from him that might circumvent a police investigation.”

Two weeks later, when Detective Chief Inspector Fox spoke to Malone about the Fletcher investigation, Malone again immediately went to Fletcher to inform him of events and to request his resignation. Fletcher refused.

When quizzed about these tip-offs of Fletcher, Malone admitted that his actions could be interpreted as hindering an investigation, but claimed his actions were “spontaneous” and motivated by “pastoral concern for another priest.” He said he was “shocked” when it was pointed out to him that Fletcher may have destroyed evidence as a result.

“I wish I’d acted with more determination in standing Fletcher aside and I’d not informed him. There was a certain coming to terms with these matters in my mind that I regret,” he said. He also noted that he “wasn’t fully aware of the extent of the issue” since he was “on a sharp learning curve.” There were gasps and guffaws from the packed public gallery.

Despite complaints against Fletcher, Malone promoted him to cover an additional parish, which contained two more schools. Although he had advised the principal of a school in Fletcher’s existing parish to “be vigilant and not allow Fletcher access to children,” no warning was given to the principals of the two new schools.

The exchanges between Malone and the Counsel Assisting, about this, are revealing.

Counsel Assisting: “Wouldn’t it have been better to put in a priest into Lochinvar [the new parish] who had not been accused of sexually abusing boys?”

Malone: “Yes, but we had nobody to put in there.”

Counsel Assisting: “Nobody at all. Better to put in a man accused of paedophilia than to have no priest.”

Malone: “Oh, that is a bit strong, but I take your advice, yes.”

[Postscript: Cardinal Pell did not accompany Malone into the court. He is still on summer holidays in Rome, staying at his palatial, $30 million, “Domus Australia” pad.]