The Debelle Enquiry Fall-Out (Or: A Whistleblower Wins) 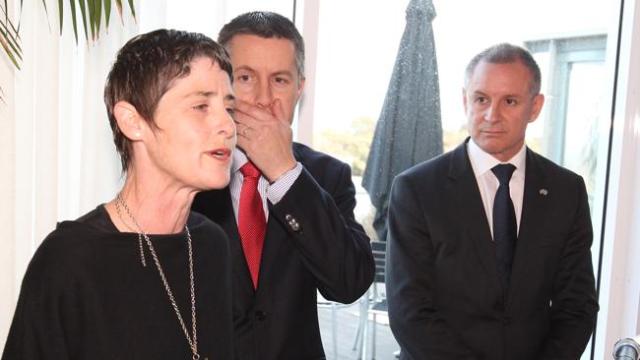 The South Australian Government’s Debelle enquiry, headed by former Supreme Court judge, Bruce Debelle was established last October. It was charged with investigating why parents at an Adelaide government school were not informed for two years about a case of rape of a student by an employee. Since the government commissioned Mr Debelle’s report, at least nine cases of a serious sexual nature involving school students have been revealed and in many cases there was a delay in telling parents.

The Debelle report states that there had been a “sobering chronicle of failures at every level within the education department.”

It is the first case where an actual cover-up of abuse has been claimed against a government body. The present Premier, Jay Weatherill, was Minister for Education at the time, so the issue is very political in South Australia. This is especially so since an election is due early next year, and the Debelle report implicates key members of the Premier’s staff.

Commissioner Debelle, at one stage, found he had insufficient powers to compel witnesses to appear before his enquiry. Twice, he requested Royal Commission powers from the South Australian State Government in order that he could do so. Twice, the State Attorney-General, rejected his request, because, according to Mr. Debelle, the government did not want to “create an expectation” that the cover-up was the major issue. The South Australian Government eventually approved the special powers following a third request, in writing, from the Commissioner.

The Debelle report was recently presented to the South Australian Governor, Rear Admiral Kevin Scarce, who then passed it on to the government. It is now available on the government web-site. (www.decd.sa.gov.au/educationinquiry/files/links/DebelleInquiry.pdf).

Once again, a cover-up enquiry was triggered by the dogged determination of a whistleblower, parent Danyse Soester (pictured above – for full details, see Adelaide Now ref. below), and not by officials of the organisation under question.

The cover-up has been blamed on the inaction of the Premier’s closest political advisers, and aggressive and bungling bureaucrats who bullied the school’s governing council into silence. Following the enquiry, several education department bureaucrats are being questioned over their actions, for possible disciplinary action.

The head of the South Australian government’s education department has resigned, for “health and family” reasons. The Minister for Education has also been replaced recently. The political advisors named in the report continue in their positions, with the Premier’s support. They are the Premier’s chief of staff, Simon Blewett, and the Education Minister’s chief of staff, Jadynne Harvey.

The Debelle enquiry found that the education department wrongly interpreted legal advice in choosing not to notify parents, and letters to parents about the incident were “uninformative and misleading … a shocking mis-statement of the true position”. It noted that the head of the department’s legal services unit, Donald Mackie, is not even a qualified lawyer.

Many of the issues surrounding the Debelle report are political, and this blog does not take a political position as such, so the details of the involvement of the Premier, the Education Minister and their respective advisors will be left for others to examine.

Those who seek to protect the “good name” of any organisation through a cover-up should, and hopefully will, be held to account for their actions. This is a key role for the Royal Commission, which will undoubtedly revisit the Debelle matter, at some stage.

TOMORROW: The NSW enquiry winds up