Election Time! (Or: Is Anybody Listening?) 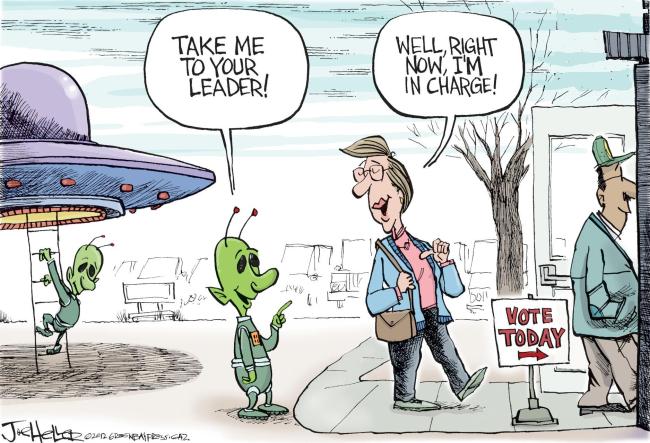 No, this is not about endorsing any party or candidate!

For this posting, I will once again revert to the first person format. The reality of life in the modern democracy is that the pollies only really listen to us during election campaigns, so we should not miss the chance to put the wind up them.

It would be a very brave politician indeed who would even consider reducing the funding for the Royal Commission. Still, it would be nice to have all parties, formally, reassert their commitment to the funding of $440 million. Given the state of the budget, and obvious cost-cutting after the election, assurances would also be nice.

Further, given that the Royal Commission was set up under an atheist Prime Minister, and both of the current contenders are very religious, the reassurance becomes yet more necessary, whoever wins. Of course, there is probably nothing to worry about concerning the post-election progress of the national enquiry.

I, for one, will be sending an e-mail to my local candidates to seek the reassurance. I will also be asking for their thoughts and intentions on encouraging the internet companies, such as Google, to do more to assist authorities in combating paedophiles on the web. Who knows, I may even get a reply!

The issue of the government implementing the recommendations of the Royal Commission will not be important, since this will only happen after the next election in 2016.

In the hurly-burly of an election campaign, there is a risk for minor issues proponents to be totally ignored because there are not many votes involved from the politicians’ point of view. The initial response can, therefore, be a bit disheartening, but something can come out of it in the longer term.

In the late 1990s, I got my kids to show me how to send an e-mail so I could spam all of the federal members of the House of Representatives and the Senate, to try to get a national enquiry into children’s homes. I only got three replies, but all were supportive. These were from an Australian Democrats Senator, and both the Defence Minister and the opposition defence spokesman.

Both of the defence pollies said they were aware of, and very much supported, the issue. Most interestingly, they both said that former “Home Boys” had an excellent reputation in the military and deserved support in healing. Not long afterwards, the head of the Returned Services League (RSL) expressed the same opinion, only even more effusively.

At least two of the pollies who replied to my spam e-mails played a significant role in the 2004 Senate enquiry into the Homes, and the later apology from the Prime Minister and Opposition Leader, so the hours I spent, tortuously, sending the e-mails was not totally wasted. At least, when many other people made a concerted effort to gain the enquiry and apology, there were a couple of receptive pollies floating around.

So, at the risk of sounding a little patronizing, if you are thinking of sending something to your local member, or a party, you might be disappointed in the initial response, but you may have left a spark somewhere which will later ignite.

Meanwhile, my kids have rented a lot of old sixties sit-coms to occupy me so I don’t have to be exposed to all of those election ads on the television!