Royal Commission Calls for Submissions on “Towards Healing” (Or: Swims Like A Fish) 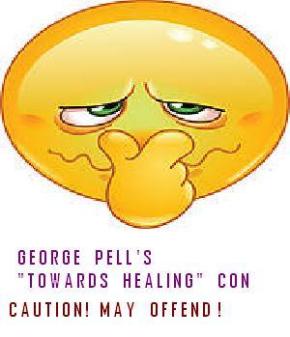 [The issues paper can be read at the website: www.childabuseroyalcommission.gov.au]

Any Catholic Church source will assure people it is a wonderful scheme, designed to help victims. As yesterday’s posting revealed, a church insider has claimed its only purpose is to minimize the costs of compensation, and to avoid involvement of the civil authorities. Evidence was also claimed to be routinely destroyed.

The Catholic Church is so pleased with the concept, introduced in Australia in 2000, that it has introduced a “Towards Healing” program in Ireland. An indicator of the Irish church’s approach is given by the contact person for the scheme, Wally Young of Young Communications at:-  087-2471520. The Bishops supporting the scheme claim they will pray for victims, and fast in repentance, on the first Friday of each month. 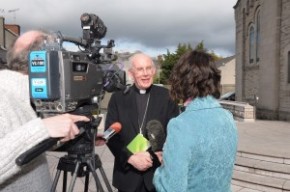 Not all officials are so enamoured of the program, however. The Archbishop of Brisbane, Mark Coleridge (see previous posting), appears to be one of the bishops who feels this way. He has already signaled that, rather than continuing to fine-tune Towards Healing, “we may be moving now into a post-Towards Healing phase”. Sort of like post-modernism.

Prof. Parkinson, who was brought in as a consultant, eventually washed his hands of the whole deal, because, as he told the Victorian enquiry recently, “I have seen first-hand the efforts the church has made to cover up its failures and wrongdoing in the very recent past. The national committee, which is meant to be in the vanguard of providing a just response to the problem of sexual abuse within the church, was largely responsible for the cover-up to which I refer.”

Sydney lawyer, John Ellis (see previous posting on “Ellis Defence”), wants it “scrapped”, while Des Cahill, Professor of Intercultural Studies at RMIT University, said it was “primarily designed to protect the church’s reputation and financial assets.” Victorian Police Deputy Commissioner, Graham Ashton, has described it as “fundamentally flawed”, and “focused more on internal issues, such as legal liability and public relations, than on the long-term interests of victims.”

The last words on the “Towards Healing” process can be given to Dr Keon-Cohen, the president of community lobby group COIN (Commission of Inquiry Now), who has said it is “insufficient and objectionable. They seek to replace due process of civil and criminal law (by canon law), while not being open for public scrutiny and accountability.”

Dr Keon-Cohen said the church’s refusal to recognize assault as a crime first and not merely a sin amounted to it putting Catholic doctrine before the law of the land. He said that the church’s officials’ actions “places these officials … in the same smelly bed as outlaw motorcycle gangs, the mafia, drug cartels and people smugglers.”

[Postscript: Cardinal George Pell of Australia was not available for comment. He is still on holidays in Rome, at his palatial $30 million “Domus Australia” digs, reading.]