The Anglican Archbishops (Or: Vote for Me)

Posted on September 4, 2013 by lewisblayse 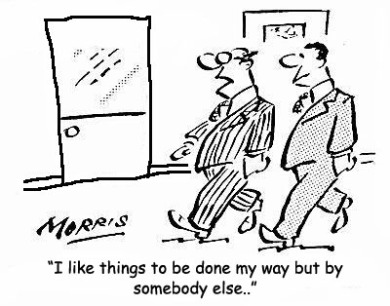 The Anglican Archbishops are different from the Catholic ones in that the Anglicans are elected by clerical and lay members of the church. They therefore tend to be more aware of their images ad more skilled at currying favour and attention (of the right sort, of course). This makes them a bit more dangerous.

The Sydney guy, Glenn Naunton Davies, who has only been in the job since last month, campaigned for his position with all the skill of a veteran politician, to come from behind and win the plum job, over his rival Richard Smith.

In the past, Davies has been quick to enter into traditional political discussion. This week, he criticized Prime Minister Rudd for his interpretation of the bible. He has been vocal in opposing secular ethics classes in NSW schools. He also punches for his church over the Catholic, whose numbers passed his in 1986 to become the dominant religion in Australia. Davies is reported as casting “doubt” on Mary MacKillop’s “alleged miracles” saying (concerning the miracle cures) that “”Even if they prayed to Mary MacKillop, what evidence is there that it was Mary MacKillop’s intercession that healed them?”

His big problem was the recent resignation of his Grafton bishop, Keith Slater, for failings to do with a children’s home. Davies, somehow, avoided having to comment in the media.

The guy with the real problems is the Adelaide Archbishop, Jeffrey Driver who took over after the resignation of the disgraced Ian George. George had “mishandled” abuse cases, particularly at Adelaide’s prestige school, St. Peter’s. He got into more hot water when the church went back on its promise not to have a “service of recognition” for Mr. George.

The biggest headache for Driver comes from the payouts ordered for victims. For one abuser alone, the Adelaide Diocese will have to fund the $4 million total compensation payout from its own funds after the collapse of its insurer HIH. In 2008, the diocese took out a $7.5 million loan to pay the victims of sex abuse. The church had, at that time, paid out more than $5million in compensation. It then sold off part of the Bishop’s residence land for $1.4 million, and implemented plans to sell other properties and cut services and staff.

Money remained his problem. He had to bring formal charges of disgraceful and scandalous behaviour against one of his bishops, Ross Davies, claiming that Davies tried to stack his diocesan council to get a $1 million payout and that he protected and promoted a senior priest accused of sexual abuse. Driver claimed that Bishop Davies lived outside his diocese and worshiped at a Catholic church in Adelaide while still being paid. Problems, problems, problems.

The Melbourne underling, Philip Freier made the change from being a Catholic, but this hasn’t helped much in avoiding the clerical abuse scandals. He recently gave evidence at the Victorian Parliamentary enquiry (see previous postings), where he made all of the usual apologies, expressions of concern etc.

He has been much better than his Adelaide counter-part when managing the costs of abuse. He has had to only pay out a few thousand dollars to 55 victims, averaging $6,000 each, versus $75,000 in Adelaide. Freier officiated at the funeral of Rupert Murdoch’s mother recently and tends to get a good press.

The weakest link in Aspinall’s underling chain seems to be the Perth guy, Roger Herft. At one stage, in 2002, Herft was mooted to be the new Archbishop of Canterbury, until it emerged that his diocesan chief financial officer had embezzled $200,000. Herft only learnt of it when he returned from a trip to the Philippines. It also did not help when disgraced Adelaide Archbishop, Ian George, praised him as “a prayerful man”.

Recently, one of his clergy members, Rev. O’Meara, who was chaplain at Perth’s most prestigious Girls’ School, was jailed for possessing child pornography. Herft was able to avoid flack since he was on his way to the U.K. at the time the news broke.

Poor Aspinall cannot hope to get much support from his flawed underlings, but they may still be useful as scapegoats. After all, he survived as underling to Ian George and former Governor-General and Brisbane Archbishop, Hollingworth, despite their particular scandals.