Posted on September 5, 2013 by lewisblayse 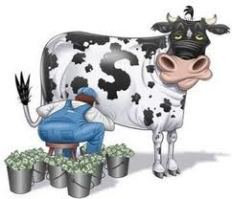 The Royal Commission into child sexual abuse will finally commence public hearings on 16th September. It is going to cost a hell of a lot of money (even more than George Pell’s Roman holiday villa!). If the money is well spent, then serious changes must occur in the institutional responses.

It is clear that the emphasis will be on procedural matters concerning checks and balances in organisations’ rules. This will inevitably disappoint some people who told their story to the Commissioners in recent months, and who may find that their individual case is not even mentioned. This is a flaw in the original set-up of the Terms of Reference. Submissions for the terms were only open for 5 days, so only the major players had time to put anything in.

We must work with what is available, unfortunately. There was also no discussion as to who the Commissioners were to be. At least one Commissioner, Mr. Fitzgerald, should not have been selected for the job, but it is apparently too late to do much about it.

The emphasis has to be on maximizing outcomes from the existing situation. The best way to do this is for people to be ready to debate things as they arise. The first hearing is to do with why Larkins (see previous posting) got away with things for so long. Officialdom will want to concentrate on the procedures which were in place, and how they can be improved in the future.

The real issue which should be addressed is not just how he got away with it, but also who helped him do so. This is separate to procedures. It comes down to attitudes. Attention should be given to the attitudes of officials; e.g., saying they did not know how serious the effects of abuse were on victims.

People outside the formal employ of the Commission should be able to steer debate onto the real issue. It is not a question of HOW Larkins got away with it, but rather WHY he was allowed to get away with it. Otherwise, the cover-up merchants, and abuse enablers, will get away with it, too.

All the best to the brave people who put in a submission. Thank you. May your efforts be suitably rewarded.