The Catholic Church’s Submission on “Towards Healing” (Or: Top Spinner)

Posted on October 5, 2013 by lewisblayse 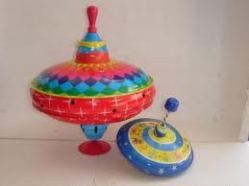 The Catholic Church’s PR unit, set up to deal with fall-out from the Royal Commission, has managed to get in first with its arguments, before the commission holds hearings on the discredited “Towards Healing” program at the end of the year.

CEO of the PR unit, Francis Sullivan (see previous posting), has been active in the media, appearing on talk shows, current affairs programs and posting an article in the “Daily Telegraph” newspaper. The “Daily Telegraph” gave him a free run, by not giving a right-of-reply opportunity to the victims’ side, such as an article by the many advocates including John Ellis, Judy Courtin, Chris Wilding, David Shoebridge etc.

Sullivan used an old PR tactic of giving the impression that there were only a few, minor flaws in the Catholic Church’s process for dealing with victims of its paedophile priests.

He admits it is not “a perfect solution” but then qualifies with the excuse that “it is a complex and difficult issue,” which “will inevitably have shortcomings from the perspective of some victims.” Note the use of “shortcomings” to minimize the faults of the system. Then, he implies that the faults are only from the “perspective” of victims, so that there is the impression that victims may have a distorted view which is not real. Perhaps, he indirectly suggests, they are asking for perfection, which everyone knows is not possible. Finally, he then refers to “some victims”, rather than “most victims”, in another attempt to minimize the extent of the problem.

Read: We did really, really, really well under impossible circumstances. Later in his article, he restates this position. Repetition is another PR technique with which Mr. Sullivan is familiar.

Further, the use of “disappointed” and “did not deliver what they were seeking”, in relation to victims, can imply the victims had over-expectations which were, again, not real, or were even seeking more than they were entitled to receive.

His article then omits issues such as the fact that victims have to sign away their legal rights before they receive “assistance” from the Catholic Church, or that its insurance company was calling the shots.

It was too difficult for him to avoid the problem that the Catholic Church’s lawyers played mind games on victims about their chances of justice through the legal process. How does Mr. Sullivan get around this? Why, he simply blames the victims who have been “increasingly reliant on lawyers”. For his part, Mr. Sullivan doesn’t “want the legal mindset to contaminate what should be a pastoral response.” So, the victims themselves have “contaminated” his wonderful process by bringing their own lawyers along to meetings to counter the Catholic Church’s legal attack-dogs and insurance executives.

Knowing the problems associated with the also-discredited “Melbourne Response” (established by Cardinal George Pell of Domus Australia fame), Mr. Sullivan said that the Church “might” establish an “independent” body to consider compensation claims. The “independent commissioner” for the “Melbourne Response” was a Church-employed lawyer. Does Mr. Sullivan have a similar distorted definition of the word “independent” when talking about the “Towards Healing” program?

Unfortunately for the good Mr. Sullivan, the best laid PR plans can go astray. NSW MP, David Shoebridge, released documents he obtained under Freedom of Information laws which caught the Church out in a very real way. The documents point to a “Memorandum of Understanding” with NSW police.

Police deny the document was approved by them, even though they appear to have drafted it, because it would breach Section 316 of the Crimes Act. The Church, on the other hand, assumed it was approved and acted accordingly, over a ten year period. The “understanding” essentially meant that the Church would only provide information, on child sexual abuse claims, which they agreed to. Such selective release of data to law enforcement is, frankly, scandalous.

Mr. Sullivan states in his article that his organisation always co-operates with police, but the documents show that that co-operation had strings attached, which would have seriously hampered police investigations, and denied justice to an unknown number of victims. When caught out, Mr. Sullivan denied knowledge of the “understanding” and claimed he would refer it to the Royal Commission.

This represents the final PR cliché put up by him. Others have used it, too. The Scouts once claimed a case was being dealt with because they had referred it to the commission, but when it held hearings on a Scouts-related case, it did not mention the one which had, supposedly, been referred to it by the Scouts. Most people remain unaware of the circumstances of this abuse case by a Scouts’ official.

The general public is led to believe that the matter of the Church’s “understanding” with NSW police needs no more attention in the public arena, as it will be better investigated by the Royal Commission.

It is always dangerous to make predictions, but observers will not be surprised if the matter of this “understanding” is not covered by the December hearings on the “Towards Healing” program. By then, it will have moved off the radar for the media, and been forgotten about by most of the public.

For a PR man, it is a dream come true to not only get in first, but to also be the only one heard. A dozen other organisations put in submissions on the “Towards Healing” scam, but only Mr. Sullivan’s one received any coverage in the media. The public perception has been set long before the facts begin to emerge at the late December hearings of the commission.

This PR thrust by Mr. Sullivan and the Catholic Church needs to be countered through reminders during the December hearings of the “understanding” issue and the legalistic bullying involved in the “Towards Healing” program – probably by way of demonstrations.