What the Parents Said (Or: We’re Not Just Stirrers) 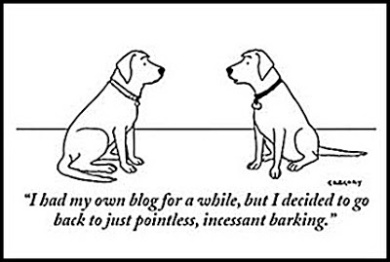 The Royal Commission into Institutional Responses to Child Sexual Abuse, at its “case study” hearings on YMCA child-care worker, Jonathan Lord, has heard evidence from parents of children abused by him.

The grooming process used by Lord was revealed by the mother of “AO”, one of Lord’s victims. She said that she first met Lord through his mother, who recommended him as a baby-sitter. Lord baby-sat “AO” on Saturday’s, in contravention of YMCA stated procedures. “AO” was under the care of another worker at the YMCA.

She reported that children would fight over who was to be on Lord’s team during games. ”He had a way with children”, she said. When the allegations against Lord arose, both Lord and his mother visited her. Lord cried, and his mother said that she feared he might harm himself.

“AO”’s mother told the enquiry that she, at the time, still had total trust in Lord, but this changed when she posed a question to her son. When asked if Lord had touched his “willy” the boy said it happened every Saturday while Lord was baby-sitting him.

“At that point, my whole world just fell apart,” she said. Her son then “started crying. He has a rug, which he calls “ruggy”, which he put over his head”. AO then said that “I don’t want to talk about this. Let’s not talk about it.” “AO”’s mother told the enquiry that police handling of the case only made things worse for her and her son.

Another mother broke down as she told the hearing how Lord abused two of her children.

Yet another mother said Lord’s abuse had led her son, who has Asperger syndrome, to act aggressively and shun physical contact. He had been regarded, at school, after the abuse as being disruptive and had been disciplined for this.

Finally, another mother of an eight-year-old boy said she became increasingly uneasy when she learnt Lord was using his own car to transport children, instead of the YMCA bus. While the policies stated there would be at least two staff with the children at any one time, her son had told her how Lord would sometimes give some of the children rides in his car by himself.

The boy’s mother has told the royal commission how her young son told her that Lord had shown him pornographic photographs and told “sick jokes”. Lord had also lied that he had gone to school with her and told the boy, six, that his mother “had large breasts and a large bottom”. “He also told me that Jonathan Lord had threatened to break his arms or legs if he ever told anyone about the inappropriate things that he used to say to the children,” she said. On 27 October 2011, her son also revealed Lord had shown him pornographic images on a laptop computer.

There were also mothers who gave evidence that the YMCA, police and state government officials did not take their concerns seriously, or lied to them.

One, known as “AT”, said that, when she contacted the YMCA to complain about Lord, she was ignored. She said her calls “could not get past the front desk”. Staff “very aggressively” said they could not give her any information. One person she spoke to told her that “We can’t speak to you about that, we can’t tell you anything.”

She said that when she told YMCA general manager for children’s services, Liam Whitley, she wanted to make a complaint about her son riding in the car with Lord; she was told that “if he was driving in a YMCA vehicle, you have got nothing to complain about”.

The response from police was no better. “AT” said that she had been given the “brush-off” when she contacted the joint investigative response team at Hurstville Police station, which was handling the Lord matter. Senior constable Leanne Kelly allegedly told “AT” her son would not be interviewed “unless he made a disclosure about actual sexual assault”.

The response of the New South Wales state department of community services was also scandalous. The first time she called the department, and explained what her son had disclosed to her, “the worker laughed at me”, “AT” said. The second time, the person on the end of the phone echoed what the policewoman had said.

“AT” was not going to take this lying down. She organized a community forum meeting to discuss the issues. She further contacted a lawyer and two members of Parliament.

Both the YMCA’s lawyer, and a lawyer for the NSW government, tried to paint the picture of “AT” as being merely a stirrer. “Given an opportunity of sitting down face-to-face with Mr Hare (YMCA CEO) and airing your grievances directly, you elected not to do so?,” YMCA lawyer, Sirtes, asked her. “AT” replied that she had, indeed, spoken to Mr Hare on two occasions.

The lawyer representing the New South Wales state, John Agius SC, then waded in with his own  challenge to the credibility of “AT”. “You have criticisms of nearly everybody don’t you?” he said. “Yes, I do,” she firmly replied.

Another mother, known as “AW” also bore the brunt of the YMCA’s lawyer’s barbs.  The lawyer challenged “AW” about her apparent refusal to meet with the organization’s CEO, Phillip Hare, during the Lord investigation.  He told the enquiry that Hare had contacted “AW” asking to discuss her concerns face-to-face, in a letter. Given the YMCA’s claims that it could not, on police direction, speak about the case, this seems a bit odd.

“AW” said that she had suggested a later meeting, but it never eventuated. The lawyer claimed that Hare had written another letter to “AW”, but received no response. “AW” replied that “I was considering it, but I didn’t ignore it.”

It is not surprising that “AW” was skeptical of the YMCA approaches. She told the enquiry that parents were “left out of the loop.”  When she contacted the principal of the school used by the YMCA for the child-care activity, her calls were not returned. She continued that “I didn’t know who Jonathan Lord was. Parents were distressed. We didn’t know where to go, who to go to, to get support. No-one knew anything, and no-one could tell me anything.”

“AW” concluded that she believed Hare and the YMCA lied about the fact staff were required to sign confidentiality agreements. “I felt that the YMCA was more interested in obtaining information than changing any practices that needed to be, or that would make the care of our children safer,” she said.

The last word can be given to one of Lord’s victims, by way of the victim’s impact statement, read to the enquiry by his mother.

“Dear Judge. My name is …….. and I am 10-years-old and in Year 4 at school. I feel that Jonathan Lord has done something really bad to me and I feel angry each time I hear his name. I felt embarrassed when I told my mum and I was sad. I don’t want Jon doing this to anyone else. I don’t want to see him again.”

TOMORROW: What the YMCA staff said