What the Staff Said (Or: He Was So Cute) 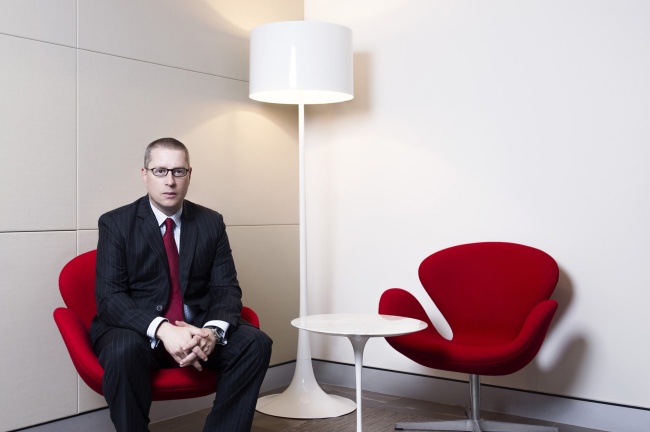 Evidence presented to the Royal Commission into Child Sexual Abuse, by six former staff members, gives the lie to claims by the YMCA’s lawyer, Gregory Sirtes (pictured above), that the organisation boasted “industry-leading practices.”

The director of the Early Childhood Education and Care Directorate within the New South Wales state Department of Education and Communities, Ruth Callaghan, said that the evidence did not indicate “best practice”. She revealed that a “monitoring inspection” was carried out May 30, 2013. It found that one staff member had not completed a Working with Children check, emergency evacuation instructions were not displayed and some staff records did not include evidence of training.

A week after the first allegations against Lord were reported, the children’s services coordinator at the YMCA, Jacqui Barnat, wrote to staff reminding them of its policies and their duty of care towards children.

“I feel at times we are a little ‘carefree’ with some aspects” and this might be risky for children and staff, Ms Barnat wrote.

Alicia Dellaca, who worked at Lord’s YMCA center from 2006, said the YMCA code of conduct, “wasn’t something that was practiced by me or something that I saw practiced by others.” Ms Dellaca also said the policy of not having children alone with a single worker was disobeyed on a “daily” basis on bus trips.

She said Lord was frequently seen engaging in questionable behaviour with young boys, but it was not cause for concern at the time. “I saw children sitting on Jonathan Lord’s lap. At the time, this did not appear inappropriate,” she informed the enquiry.

Ms Dellaca accused the YMCA of failing to properly support its workers after the allegations surfaced. “I don’t believe we were targeted with as much support as we perhaps deserved. We were the first point of contact for families, very distressed families, which meant that we were subject to very emotional and sometimes abusive parents.”

With regard to her knowledge of YMCA policies, current coordinator, Chloe Starr, said that she “knows the gist of the important ones.” She had thought of Lord as being “simply enthusiastic about his job.” She admitted she knew of Lord’s week-end baby-sitting for children who attended the center, although such moonlighting was prohibited.

Danielle Ockwell, another colleague of Lord’s, told the enquiry that Lord displayed warning signs before his arrest, but she had chosen not to act. Lord had admitted to her that, instead of returning to Australia for family reasons, which he had told the YMCA, he had been sent home from the YMCA Silver Beach Camp in Jamesville, Virginia, because he was caught alone with a young boy.

Ockwell told the enquiry that she thought the incident was “innocent”, and that Lord was “simply breaking YMCA rules” by being alone with the boy. She appears to have been very forgiving of Lord, even when she noticed a screen-saver on his cell phone of a boy, known as “AF”, who was in vacation care. She dismissed the matter, but did think that it was “a bit odd”.

Ms Ockwell began to cry when she reflected on the Lord case. “I feel devastated, and I blame myself every day,” she said. [YMCA CEO, Phillip Hare, has previously told the enquiry that staff “should not blame themselves.”] She criticized the way she was kept “in the dark” after the allegations surfaced. She told the inquiry she was asked to sign a confidentiality agreement and felt like she “had no choice”

The YMCA’s lawyer, Gregory Sirtes, previously had cast doubt, during hearings, on the credibility of mothers of children at the child care center. He continued with this tactic with staff when he challenged Ms. Ockwell’s credibility. He revealed that her handwriting was on a telephone reference check on her. Ockwell replied that she had no memory of why she had conducted a “self-assessment”.

Another staff member, Carine Beer, also appeared to be very forgiving of Lord. It had not occurred to her that he was “grooming” young boys, even though Lord told her he had “favourites”.  This did not appear suspicious to her at the time.

Michelle Bates, who also worked with Lord, gave an insight to the YMCA’s approach to staff relations. She claimed that she felt like a “guinea pig” during the ordeal. With regard to the confidentiality agreements CEO Hare had made staff sign on pain of dismissal, she said that he had later told them to “rip up” those agreements.

Presumably, the commission was trying to establish a point that Lord had engaged in “grooming” behaviours with staff, as well as parents and victims. This would imply an attitude that the YMCA had been taken advantage of, rather than one of an organisation with such bad procedures that a person, who had been rejected by their U.S. organisation for suspect behaviours, was employed by it for two years.

Lawyer Sirtes appears to have earned his large fee from the YMCA this week.