Comments From Victims And Activists (Or: My Lawyer Can Beat Your Lawyer) 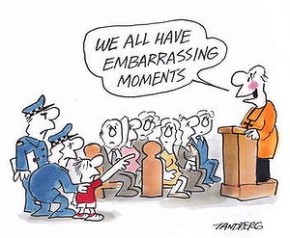 While the bulk of the report reinforces the pre-existing perception that abuse was widespread, covered up and that victims were poorly treated, the focus for it has been the legislative changes required to do something about the problems. Any new laws will have to be carefully crafted to avoid loop-holes which the churches’ lawyers could exploit. It is probably, therefore, worthwhile, to commence an analysis of responses by stakeholders with members of the legal profession who are associated with the victims.

Ms Sdrinis said very few of the hundreds, if not thousands, of claims made against the Catholic Church had succeeded because of two “almost impregnable” legal defences. “The two important things for me as a lawyer representing people are the legislative reform and the abolition of the statute of limitations is obviously very important,” she said. Further, she hopes the government will act quickly to take on the recommendations, and not wait for the outcome of the federal royal commission into child sexual abuse

Judy Courtin an academia-based lawyer (see previous postings), says the report contains “very significant” recommendations to the Victorian Parliament. She thinks one of the most significant recommendations is the one requiring incorporation of the churches, like any other organisation, which would finally enable victims to sue them. She said that, at the moment, the Catholic Church did not exist as an entity and so could not be sued. “Basically the report says that, if the Catholic Church wants to continue to receive funding from the State Government and tax exemption from the State Government, then it will need to be incorporated like any other organisation,” Ms. Courtin said.

Overall, both lawyers were positive about the report and its recommendations, but stressed the need for speedy implementation of those recommendations by the Victorian Parliament. “We want much more healing in all communities, and if that’s going to happen they must act now. We’ve got to prevent more suicides and more harm, and that’s why the current government needs to act very, very quickly on these,” Ms. Courtin said.

Both also pointed to the need for victim compensation processes to improve. The current systems, such as the “Melbourne Response” (see previous postings), are clearly inadequate and rely on the “good-will” of the church, rather than an independent, realistic assessment of need. Many victims have to rely on unemployment and sickness benefits over their lifetimes, and feel that it’s the church’s responsibility to pay for that, not the state, Ms. Courtin notes. “When they see the clergy offenders are being fully supported by the church, they have their living expenses paid, their medical expenses, their legal defence, even holidays, they think, ‘Why is it that the offenders are being looked after so well but the survivors and the victims are being basically neglected?'”

No doubt, a lot of midnight oil is being burned in the offices of church lawyers to find ways to minimize the financial cost to the churches resulting from any new laws arising from the recommendations. Hopefully, there is an equal amount being burned by those lawyers who are on the victims’ side. From the perspective of this author, it would seem that the real legal talent resides in the latter group. While the churches have quantity on their side, the victims have quality.

TOMORROW: How the paedophile-catchers responded