The Salvos And Asylum Seekers (Or: Having Your Cake And Eating It Too) 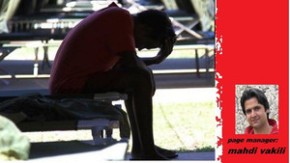 The Salvation Army became embroiled in controversy, including internally, when it agreed in 2012 to accept a $22 million contract from the Australian government in relation to the Manus Island and Nauru immigration detention centres for people who arrived by boat to claim asylum here. By 2013, the contract had risen to $74.9 million for the year to 31st January 2014. The new government has recently announced that the contract will not be renewed after that date.

[This blog does not make any comment on the issue of asylum seeker policy itself, and in the past has done the same with other political issues. While the author may have private opinions on Australia’s immigration policies, that is something for others to argue. What this blog is concerned with is the hypocrisy of the Salvation Army on the issue.]

For the benefit of readers from other countries, Australia has had many people set out from, mainly, Indonesia, in often unseaworthy boats headed for Australia to claim refugee status. Many of those boats have sunk en route, with the loss of at least 1,000 lives. Whether or not to accept these people has become a significant political issue in Australia.

Both of the two major political parties refuse to accept these people as genuine refugees and now detain them in centres on the small Pacific island nation of Nauru, and Manus Island, off the coast of Papua- New Guinea, while their claims are processed. Apparently, this policy will encourage many of them to return to their homeland, or face indefinite detention. Debate on all of this runs hot in the community, on both sides of the argument.

Among the most vocal opponents of the policy have been the charitable organisations, Amnesty International and the United Nations. The Salvation Army itself, claims to oppose the policy, but is co-operating with government because it also claims it can help these people with humanitarian aid. However, as Andrew Martin has commented, “The Salvation Army’s focus is patronizing, or worse, towards those they claim to care about.”

The spokesman for the Salvation Army is “major” Moulds (see previous posting on electronic gambling machines), who says the contract is for the organisation to provide case management, community liaison programs, chaplaincy and recreational activities for the inmates of the islands.

Moulds’ decision to accept money for chaplaincy services to gambling venues from their owners, caused a split between his “Eastern Territory” (which covers Queensland State, New South Wales State and the Australian Capital Territory) and the “Southern Territory” (which covers the rest of Australia). A similar split has occurred because of his decision to accept government money related to the immigration detention centres.

Moulds denies he is “legitimizing” the government policy. To many, his statements indicate otherwise. For example, he said that “I think Australia is doing an amazing job in caring for these people under difficult circumstances.” Moulds does acknowledge some of the criticisms, such as that from Bruce Haigh in the Canberra Times newspaper, saying that “We also understand Mr Haigh’s point that future generations may well look back on this policy and see it, like the removal of aboriginal children and the care of children in large institutions, as flawed and inappropriate.”

Most of the asylum seekers on these islands come from countries where a uniform is to be feared, such as Iran, Afghanistan, Iraq and Sri Lanka, so they do not see much difference between the uniformed guards and the uniformed Salvation Army officers. They are hardly likely to open up to the Salvos in the counseling and emotional support contexts.

Another serious problem is that the locals on the islands are mostly catholic, so the presence of the Salvation Army can generate its own conflicts. Indeed, one Salvo officer referred to the opportunity to extend its “mission” to these islanders. More importantly, though, is that the vast majority of the inmates are of the Muslim faith, so Christian-based chaplaincy seems inappropriate. Most Australians pride themselves in having a multi-cultural society in which all religions are respected.

[Recently, the government did send two Australian Muslim clergy to the islands to talk with these inmates, but mostly to convince them to go back to their country of origin.]

The most serious case of the Salvation Army’s hypocrisy on the refugee issue was reported by the Refugee Action Coalition, soon after the government contract was first awarded. Although denied by “Major” Moulds, it is claimed that internet usage restrictions were imposed, both as punishment, and to cover up for the government with regards to the poor living conditions on the islands.

Kerry Smith of the Green Left magazine reported that the Refugee Action Coalition , last December, was calling for people to sign a petition to reinstate internet access for refugees on Nauru.  The organisations statement reads: “The Salvation Army administration has come under fire for drastically reducing the time allowed for an appointed representative, Mahdi, to maintain the Nauru asylum seekers Facebook page and website.”

“There are only eight computers for almost 400 asylum seekers in the camp, and they will now be rostered to 30 minutes every second day. The ability of asylum seekers to swap time has also been stopped. Swapping time slots has been a crucial way in which asylum seekers can find a time that best suits them to call their families in home countries.”

“The reduction has brought an angry response from the asylum seekers. More than 200 — over half — of the asylum seekers have signed a letter to the Salvation Army to restore Mahdi’s access to the internet. Mass protests are planned unless the Salvation Army restores Madhi’s access to the internet and the flexible arrangements that will allow them to swap rostered times.”

As one inmate is reported as saying: “The security guard sits behind me watching what I am doing and writing it down.” The Nauru asylum seekers have already given the Salvation Army a protest letter signed by a majority of the Nauru detainees. “Until now, we have no response,” one of the signatories said, “We will give them another day or two to respond to our letter and we will protest.”

Last year, riots broke out in the Nauru centre, inmates escaped, and the center was burnt down. Most media sources attributed this to the poor living conditions, but one has to wonder how much of the base feeling of despair of being cut off from internet contact with loved ones back home added to the tensions.

Early this year, Nick Riemer, writing in New Matilda, reported that “Manus Island inmates had been taking photographs on government-issued tablet computers, which showed the Spartan boxes in which they now live, with no closable windows or doors for privacy or shelter from the oppressive heat and malaria-bearing insects.”

The government had been very careful to not let media take photos of the facilities, and not even Amnesty International was permitted to take any on a visit to Nauru, so the Manus detainees’ photos attracted wide attention. Apparently, the government was not too happy about these photos getting out.

According to Reimer, in what they were told was explicit punishment, Manus detainees were deprived of all internet and phone contact for three days. Since then, the tablet cameras have been disabled, and detainees’ web allocation has been more than halved to only three hours per week.

Overall, the Salvation Army has received an estimated $100 million to “help” asylum seekers. As Haigh notes: “They have nothing to show for it, except a spate of resignations by Salvation Army staff working on the islands. It has taken tax-payers money to deliver outcomes which ‘major’ Moulds admitted have so far failed. If it wants to retrieve any credibility, the Salvation Army should go to the barricades and publicly advocate for the rights of asylum seekers to be upheld. Why, on this issue, does it appear to have lost its moral compass?”

Perhaps, the last word should be given to Greg Lake, a committed Christian who resigned his immigration department job over the treatment of these asylum seekers. Writing in the Bible Society’s magazine, he said that “I don’t believe a Christian organisation can legitimately provide welfare services to Nauru or Manus as a contractor to the Government without it being at odds with Jesus’ mandate to love the vulnerable. They could be involved as a volunteer organisation on their terms, but that’s all.”

Maybe, the Salvation Army could give back the $100 million and start all over again, while the pigs fly south for the Australian summer.

[Postscript: The Salvation Army claims that the loss of the government contract will mean it will have to sack over 300 employees.]