Salvation Army Abuses In New Zealand Children’s Homes (Or: Parish To Parish? No, Country To Country)

Previous enquiries into the Catholic Church and Anglican Church (known elsewhere as the Episcopalian Church or the Church of England) have revealed that it was common practice to shift paedophiles from parish to parish, or school to school, when the heat became too intense on the offenders. In the case of the Salvation Army, in the mid-20th century, they tended to be shifted between English-speaking countries. (Ireland, U.K., U.S., Canada, Australia and New Zealand.)

The Australian royal commission into institutional responses to child sexual abuses is about to begin hearings into four Boys’ Homes run by the Salvation Army in Australia. For some reason, there have not been enquiries into the Salvation Army Children’s Homes in New Zealand, despite many reported cases of abuses, and two high-profile convictions of Salvation Army officers involved there.

Consequently, this article is written to assist those cousins across the Tasman who are trying to get a national enquiry in New Zealand, where the Salvation Army operated 15 Children’s Homes. The Homes which need to be investigated include:

The Salvation Army in New Zealand received complaints from the Bramwell Booth Home, from four men and one woman. The Temuka home catered for boys from 1916 to 1989, with girls also living there from January 1969. The Home “cared” for orphans, children referred by other welfare agencies and wards of the state. It has been reported that “All records of a meeting between the Salvation Army and an officer accused of indecencies with children, were missing from a bound minute book.” Convenient.

The Salvation Army said it has reached confidential compensation agreements with some of Gains ford’s victims. And where have we heard this kind of statement before from Salvation Army spokesman “major” Ross Gower who said times had changed since the incidents in the 1970s.

“There is a new awareness that sadly these issues are there and we just have to make sure that for the residents we have in our care we have to do everything we possibly can to ensure that they are safe and well-handled. We have looked very closely at our procedures and now have different procedures, not only screening processes for people coming in but also accountability procedures while they are working for us.”

The abusers at Whatman House have yet to be brought to justice. As one victim noted, “It’s wrong. If it is so important to them now to find out who we are and who abused us and where we live, why wasn’t it so important when I started complaining some years ago?”

She reported that, “Part of the problem, was having no family outside the home to protect me and no one to tell about the abuse and no one who could hold the Sallies accountable. The Salvation Army were my family, my mum and dad, they were all I had.”

She was locked in a coal shed. “Children as young as five were made to wash their sheets and pants in a bucket if they wet the bed. They had to chop kindling wood from when they were small.”

At the age of about 10, she says, things got worse when she became the victim of sexual abuse. “He told me he was helping me to grow up into a young lady and I accepted that. He told me it was our secret and I accepted that. No way would I tell because I knew the punishment would be to take away something I loved, like my music.”

Another Whatman girl, Claire, reported that she was sent out daily to work on farms or in neighboring homes. She described the work as hard but a relief from the daily hell within the walls of Whatman Home. Claire told of a time when she heard her younger brother, David, crying and went to give him a cuddle. Her punishment for doing this was being stripped naked and made to lie in a cold bath for several hours.

Yet another woman said that her time there was “brutal”. She tells of being locked in a cupboard for hours, being beaten ‘black and blue’ and forced to stick her fingers in a light socket.

One local journalist wrote an article beginning with: “As a child I’d walk past Masterton’s Whatman Home and wonder why the children who lived there never played outside. That was run by the Salvation Army. Cruelty and abuse went on there for years, we’ve since heard, and I need wonder no longer.”

In response, Salvation Army spokesman, Alistair Herring, said occasional complaints were still “trickling in but were being outweighed by calls supporting the organisation. There are two sides to this. We’ve got a lot of calls from people wanting to tell good stories.That’s gratifying and helpful.”  Not to the victims though.

The Hodderville Home was so bad the former residents tend to refer to it as “Horrible Hodderville”. The largest number of complaints has come from Hodderville. Tom Murray says he had a childhood of terror there. “I had rolling pins over my back, I was kicked and punched on the ground over something simple like I couldn’t eat vegetables…it was just a life of fear. The hidings were just terrible…just terrible “.

For eight years Anita was a resident at the Grange in the heart of the Auckland suburb of Remuera – now replaced with upmarket apartments. Anita says it was there that she suffered shocking physical abuse in the 1950s. Anita is adamant that the Salvation Army should not be investigating the cases. Like most others, she wants a government enquiry.

Ten years ago, the New Zealand government said that it was still too early for an independent inquiry – but it’s not rejecting the idea. The (then) Child, Youth and Family Minister, Ruth Dyson, said if there was clear systematic abuse then that would certainly call for some sort of coordinated action and response.

Given what will be found to be the case at the Australian Children’s Homes run by the Salvation Army, it is surely time for government action in New Zealand, as the local victims demand. 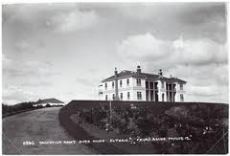 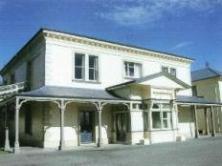 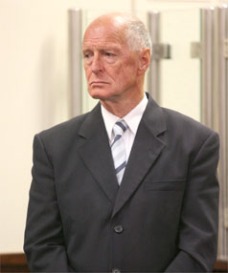 3 Responses to Salvation Army Abuses In New Zealand Children’s Homes (Or: Parish To Parish? No, Country To Country)