Inbreeding (Or: Keeping It All In The Family) 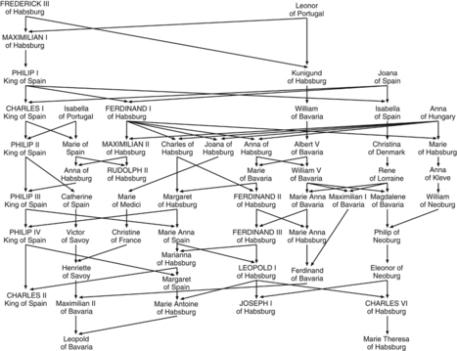 One of the aspects of the Salvation Army, which it is important for the Australian royal commission into institutional responses to child sexual abuse to consider, is the membership of this organization’s leadership. Unlike almost any other religious organisation, it is as inbred as the old European nobility. That nobility eventually concentrated inherited illnesses. The Salvation Army, after 150 years is heading the same way.

It began as a family business, and remains one, just like the Mafia. The founder’s son, and later his daughter, was head (“generals”) of the organization. From the very beginning, Salvation Army officers were only permitted to marry other officers. While it occasionally claims that this is no longer the case, the following excerpt from their Australian web-site proves otherwise:

“The Salvation Army believes that for the betterment of the marriage and The Army, in the case of married couples both partners need to become Officers.”

The Miami, U.S.A. a web-site proclaims: “officers wishing to marry must marry within the ranks or resign their officership.” The Canadian branch states that: “Throughout Salvation Army history our unique position on married officer ministry, i.e. both spouses equally called, trained, ordained and commissioned, has been a great strength. The model of service where an officer is married to an officer will continue to be encouraged and endorsed in this Territory.”

An announcement from a century ago makes interesting reading: “A training school for courting couples; The Salvation Army’s system of classes in courtship and marriage for officers only. A captain may not court a Sister Officer without consent of his colonel, nor may a lady lieutenant marry a civilian.”

The following comes straight from the horse’s mouth: “The Salvation Army is a small world as evidenced by how many people are related. It’s commonly said, be careful what you say as everyone is related. So true. I’ve had as many as 10 relatives as active Salvation Army officers at one time. Some people boast of being 5th generation Salvationist. Our children were 4th generation on my side. My husband and I are officers in this organization and as such, ordained ministers.” (see reference below).

Of course, same-sex officers cannot marry. After all, they are unlikely to provide successors for the family business. Also, gay officers are not to be tolerated. While it claims it does not discriminate against gays, etc., history proves otherwise.

In New Zealand, the Salvation Army led the campaign against the Homosexual Law Reform Bill in 1985, organizing a nationwide petition. In 2006, the Salvation Army’s national head, Garth McKenzie, wrote to the gay community expressing his organization’s regret at the hurt caused by the church’s past activities and opposition to gay law reform.

In Wisconsin in 2009, a prominent case proved the point to many that the Salvation Army would only tolerate in-breeding. “Captain” Johnny Harsh was married to another Salvation Army officer, but she later died of a heart attack. When he eventually decided to remarry a woman who was not an officer, the Salvation Army hierarchy sacked him.

George Hood, national community relations secretary for The Salvation Army, said at the time that: “The requirement, still in place today, is that both the man and the woman be ordained ministers within the organization.”

Here is what Harsh’s son posted on a web-site (see below):

“you guys are purely STUPID!!! seriously. my Dads fiancé was willing to join the army. but they didn’t mention that now did they. and when dad joined the army he wasn’t expecting his wife to freaking DIE okay seriously this is just overrated. Until you lose your wife, mother, and best friend and then get judged for moving on with you life when you know for SURE that your DEAD mom would be okay with it… don’t judge because that’s all you guys are doing. and Lloyd get your STUPID facts straight. you have NO idea what we are going through. so stop!!!”

Now, any student of organizational behaviour knows about “group think”. The Salvation Army, as an organization, suffers from an even worse curse – “family think.”

2 Responses to Inbreeding (Or: Keeping It All In The Family)